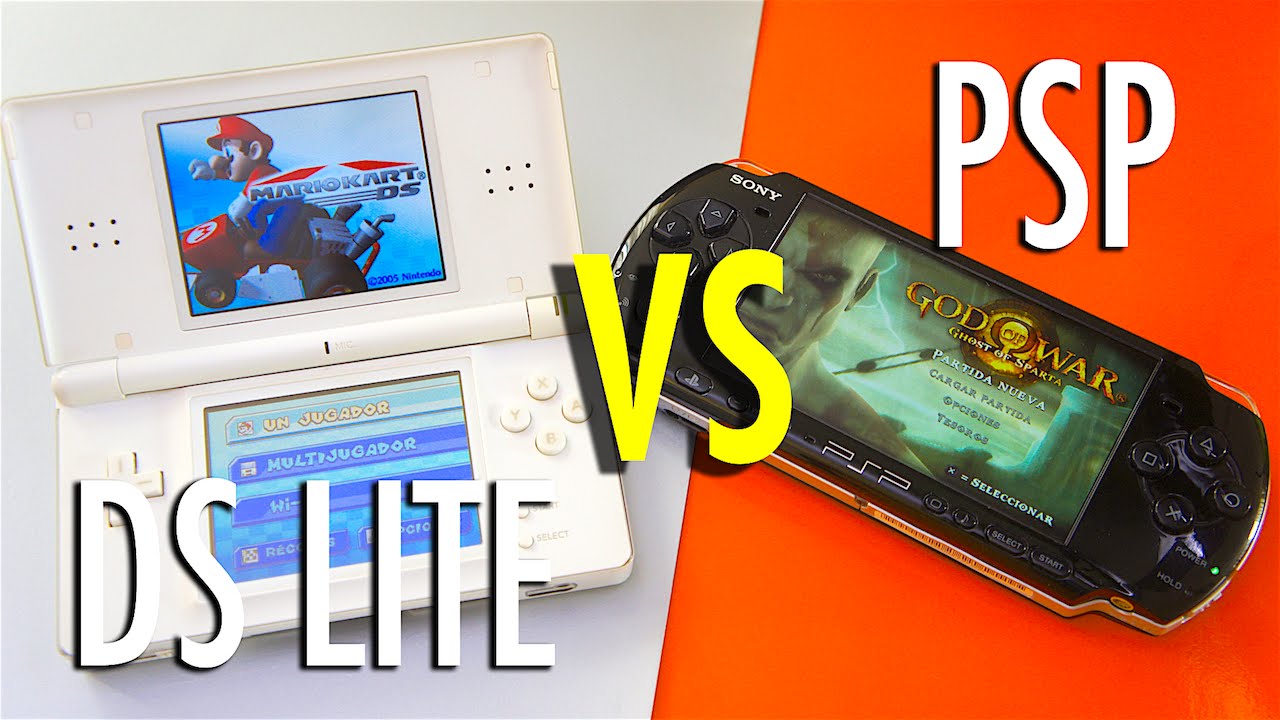 is a sensational handheld gaming console owing to its wide screen and graphics engine. The graphics on its gorgeous 4.3 inch LCD screen displays about 16.77 million colors with a screen resolution of 480 by 272 pixels. The graphical clarity of its games comes close to the Playstation 2 caliber. The PSP is capable of displaying stunning graphics and animations as well as DVD quality movies. No handheld gaming console ever comes close to the visual quality of the PSP.

The DS is by all means unique in terms of its graphical interface and gaming style. Amusingly, the DS has two 3 inch LCD screens capable of displaying 260,000 colors with a resolution of 256 by 192 pixels. The DS is inferior in terms of graphical quality, so you might say. But get this, with dual screens and with the touch-sensitive bottom screen, the DS revolutionized the world of gaming as we know it.

If you have previously tried Sony gaming consoles, you will be very familiar with the control scheme of the PSP. The PSP lives up to the Playstation name by inheriting its renowned button layout. Much like the original Playstation and Playstation 2 controller, the PSP offers comfortable and effective gaming controls as the company was known for. Probably a major setback was the exclusion of the two shoulder buttons and the right analog stick, which played a vital role in many games especially in First-Person Shooters. But hey, it’s a portable console and it’s supposed to be handy and not bulky. So it is acceptable for the PSP to have some limitations in controls compared to the much flexible Playstation controller. Nonetheless, the PSP’s control scheme brings the gaming feel to whoever wants to have some hardcore gaming fun.

is arguably the most amazing feature of the DS. In terms of control flexibility and style, the DS can’t be beat. With the included stylus, you can play a number of games by touching the bottom screen. What’s even more impressive is the handwriting recognition of some DS games. There are puzzle and math games which require you to write onto the screen the correct answers to win. Many other platform and interactive games require you to perform certain strokes using the stylus to perform feats such as jumping, swinging the sword, and others. Another surprising feature of the DS is voice command using the unit’s integrated microphone. Some DS games require you to speak words or phrases. With its uniqueness, the DS brings fun in gaming in the quirkiest and most amusing way.

With regards to the game library, the PSP is flooded with games compared to the DS. This is because the PSP is capable of receiving ports or mellowed down versions of games from the major consoles due to its powerful graphics engine. With this, one might notice that most of the PSP’s games are portable versions of console games. The DS on the other hand, has its own unique and exclusive game library composing of famous Nintendo franchise games and the like. Although lacking in epic games such as those in the PSP, the DS makes up by having its own share of short but fun games. Therefore, the common connotation for many is that the PSP is for hardcore gamers while the DS entertains both casual gamers and fans of the Nintendo franchises.

are meant to give the fun gaming experience expected of these devices. However, since the development of special firmware for the PSP, the ability to play games is just one of its many functions. The PSP is capable of viewing pictures and playing music and video files. The PSP also has an internet browser for surfing the net using wireless LAN. There are even custom firmware or homebrew applications to enable the PSP to play games from previous generations of consoles. Having special firmware is the huge advantage of the PSP over the DS. The DS is sadly not capable of any of these, except being able to play Game Boy Advance games and running Pictochat, an embedded messaging application that wirelessly connects all DS units within range.

Both the PSP and DS can play multiplayer games through their wireless connection capabilities. PSPs can connect with other PSPs via Ad Hoc, which is a small range wireless frequency for exclusive PSP use. The DS can also do the same, having its own exclusive frequency only detected by DS units.

the battery life is one of the user’s major concerns. With a CPU clock running at a tremendous 333 MHz equaling a Pentium III’s power, the PSP can only last up to 4 to 6 hours when in use. The DS takes one big leap as it can surprisingly last for up to 10 hours even while supporting its brightly lighted dual screens.

In the end, it is really up to you to determine which portable gaming console suits your preferences. The visual prowess, multimedia perks, and wide array of games may draw you to the PSP, but you have to consider the unique gaming style and exclusive games of the DS. The PSP is sold generally at a higher price, which makes the DS more affordable among the two. Whatever your choice, you are certain to experience the gaming pleasure anytime and anywhere with the Sony PSP and the Nintendo DS.