Weekend PC Game Deals is where the hottest gaming deals from all over the internet are gathered into one place, every week, for your consumption. So kick back, relax, and hold on to your wallets.

Humble brought out a new gaming bundle this week, a rare sight when a store-wide sale is also happening. This seven-game collection is all about stealth experiences, including a couple of the rebooted Hitman games.

Putting down just one dollar will get you Aragami, while hopping over the average price tier, that is currently at around $11, will add on the games Styx: Shards of Darkness, Heat Signature, and ECHO.

Going for the final tier will set you back $12, but it adds the Hitman – Game of the Year Edition, Hitman 2 – Gold Edition, as well as Ghost of a Tale. These are the complete packages of the Hitman titles, delivering all expansion maps and other content.

You have until September ﻿3 to decide on this Best of Stealth Humble Bundle. For those interested, the Seven Deadly Sims bundle from last week still has a few days left on its counter as well. 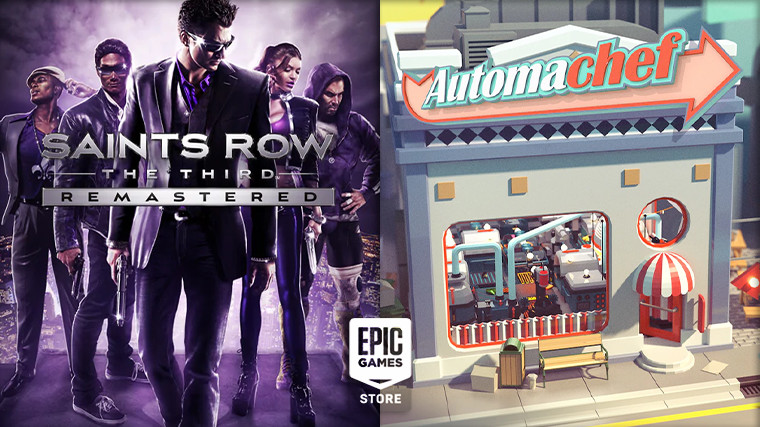 In an interesting twist, Epic Games Store’s freebie this weekend was joined by another game. Celebrating the Saints Row reboot, the store begun a giveaway for Saints Row: The Third Remastered, with it joining the already announced Automachef promotion.

Released last year, the remaster of the third Saints Row entry touts enhanced graphics across the board, giving you more eye candy to look at while taking over Steelport with style. Meanwhile, Automachef offers a puzzle experience where you build automatic restaurants with programmable machinery and production lines.

The two games are yours to claim until Thursday, September 2, and coming up next as the store’s freebie is a copy of Yoku’s Island Express.

Battlefield V is back on the free events menu again, giving you access to the World War II-set shooter’s Steam version through August 16. Heading in another direction, Ubisoft is currently hosting an open beta for its upcoming extreme sports title Riders Republic right now, and you can jump in via the Ubisoft Connect or Epic Store clients by heading here.

Back on Steam, RPG fans can try out Pathfinder: Kingmaker from now through Sunday, with the fee event coming with full access to the isometric party-based title. The multiplayer open world survival game SCUM is having a free-to-play session as well at this moment. Lastly, The Elder Scrolls Online’s free event that began last week is almost at an end, but if you’re still keen on trying it, the base content will be free through the weekend.

Our highlights list can be found below as usual. But before that, if you’re a fan of subscriptions, you should know that the Ubisoft+ service, containing all classic and new titles from the publisher, is currently having a one-month trial offer for $1. Now with that out of the way, head on over to our big deals list:

GOG is still in the middle of its Game Festival with store-wide deals, new game promotions, and other specials. Find below another small selection of DRM-free discount highlights taken from the larger lot:

Keep in mind that availability and pricing for some deals could vary depending on the region.

That’s it for our pick of this weekend’s PC game deals, and hopefully, some of you have enough self-restraint not to keep adding to your ever-growing backlogs. As always, there’s an enormous amount of other deals ready and waiting all over the interwebs as well as in services you may already subscribe to if you comb through them, so keep your eyes open for those, and have a great weekend.

Neowin may earn a small commission from qualifying purchases.